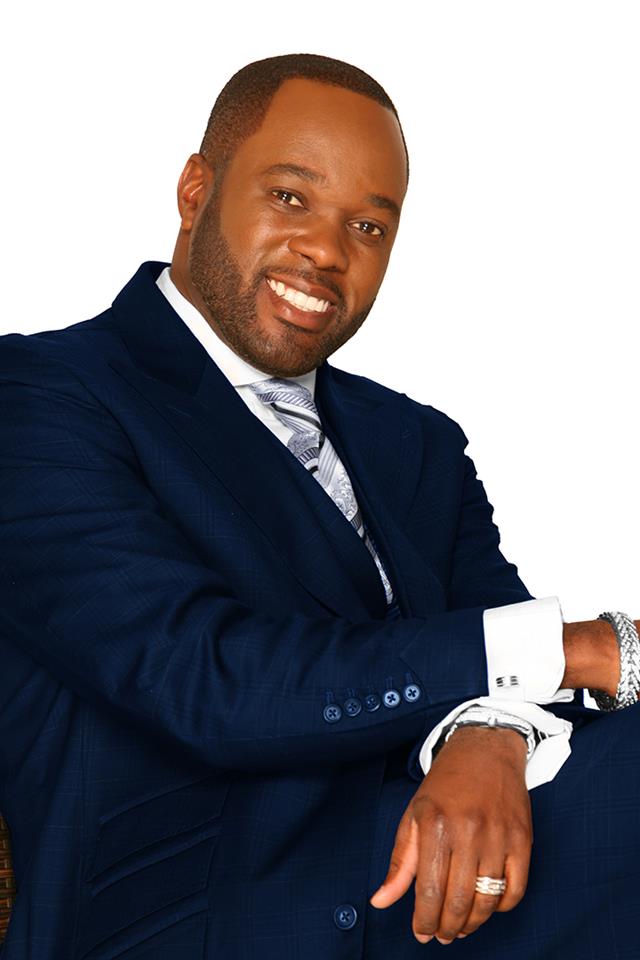 I am delighted to welcome you to Elizabeth Baptist Church. It is always a blessing to have you join us in worship. We have a team in place that looks forward to personally serving each of you, during this two day conference.

The Word of God teaches us that there are many blessings inherent in actively pursuing fellowship with likeminded believers in Christ.  Our relationship to one another through faith is so important.  We grow in our walk with Christ through the partnership of other Christians.  When we encounter things that would challenge us in life, we find strength and encouragement in the sharing of our faith with others.  What a blessing to experience the joy of Christ through the common bond of love that we share in Him.

It is my sincere prayer that you discover a community of loving individuals that will help you achieve your goals for spiritual growth, as you attend the Men's Conference. I invite you to explore the various ministries we offer and become involved in the activities that interest you. The Bible teaches us that we are to encourage one another through fellowship and the exercising of our faith. Please take some time to visit our website at www.elizabethbaptist.org to register for a small group, class, or ministry.  We want you to be an engaged follower of Christ.

We are all grateful to have you with us and look forward to seeing you grow spiritually in your relationship with Christ.

“I became a servant of this gospel by the gift of God's grace given me through the working of His power.”  Ephesians 3:7 (NIV)

Bryan Carter is the Senior Pastor of Concord Church.  The mission of their church is “We Grow People.”  He has served as pastor since 2003 succeeding the church’s founding pastor, Dr. E. K. Bailey.  Under Pastor Carter’s leadership,  Concord has tripled in size, currently serving more than 8,500 members.

Pastor Carter is heavily involved in the city of Dallas in numerous capacities including serving on the boards of Dallas Habitat for Humanity, Dallas ISD Education Foundation, HIS Bridgebuilders and Mentoring Brother to Brother.  He also leads Harmony Community Development Corporation, an organization committed to improving the community of southern Dallas through building stronger families and economic development.  Pastor Carter also served as a member of the Mayor’s Taskforce Against Domestic Violence.  He has a heart for the city and works proactively with community partners to forge toward creating a greater Dallas.

Preaching, teaching, and leadership are Pastor Carter’s life passions.  He hosts the E. K. Bailey Expository Preaching Conference annually.  This conference is one of the premier conferences in the country for training preachers on effective biblical preaching.  He regularly preaches and teaches at numerous conferences, workshops, leadership events and worship services throughout the country.  Internationally, he has shared in South Africa, Jamaica, Haiti and Kenya.

Pastor Carter serves as a co-presenter/developer for “33 The Series”, a curriculum on authentic manhood published by Lifeway Christian Resources, and as a presenter for “The Art of Marriage” curriculum published by Family Life Ministries.

Pastor Carter is a graduate of Oklahoma State University where he earned a Bachelor of Science in Secondary Education with a specialty in Science and Math and a graduate of Dallas Theological Seminary where he earned a Master of Arts in Christian Education with a specialty in Family Ministry.  He is a member of Alpha Phi Alpha Fraternity.  Pastor Carter is married to his college sweetheart, Stephanie Sadberry-Carter and has two daughters, Kaitlyn and Kennedy, and one son, Carson.

historic Selma, Alabama. As a young child, Patrick knew that his destiny would

be ministering to others through music. He would sit for hours on the front pew of

the church and be captivated with every detail as his mom led choir rehearsals.

He grew up listening to gospel artists such as The Winans, Commissioned, John

choirs, which have all contributed to his musical DNA.

At the age of 19, Patrick married his wife, Christina. A few months after they were

married, he accepted his first full-time position as worship leader at a large multicultural

church in Alabama. Since then, he has served in that role under various

ministries including Bishop Gary Oliver’s Tabernacle of Praise in Fort Worth, TX.

Now Patrick and his wife Christina along with their son, Garion, reside in historic

Montgomery, Alabama, where his ministry is now based. His father pastors

Patrick’s very heart and soul is to proclaim the goodness of God through music.

GRAMMY AWARD-WINNING album ‘Free To Worship’. In 2007 Patrick was a

featured artist on Hammond’s “25th Anniversary Tour”. He has also shared the

‘Meet the Browns’). He has appeared on TV internationally on DAYSTAR, TBN,

His first radio single, ‘KEEP ME’, released on his Oilonit Music label, became a

Year. In addition, his title track, ‘OPEN THE HEAVENS’, was selected by

racial, cultural, generational, and denominational barriers. He delivers a powerful

uncompromising message to people both in and outside of the church, using his

and record label, Oilonit Music, in 2003. His debut album, Open the Heavens,

produced by Noel Hall and himself, was released in May of 2012. His debut

on Sony / RCA Records WOW GOSPEL 2013 CD. Inspired by the adoption of

their son, Garion, his music video ‘KEEP ME’ was also featured on the Sony /

Leaving EBC: Atlanta – Make a left onto Cascade Rd. Promenade Park is on the left directly after Danforth St.

From 285-South – Make a left onto Cascade Rd. Promenade Park is on the first right after the 4th traffic light.

From 285-North – Make a right onto Cascade Rd. Promenade Park is the first right after the third traffic light.

Food trucks will be available each night of the conference beginning at 5:00 PM and immediately following service.